Histamine Intolerance & How to Deal With It 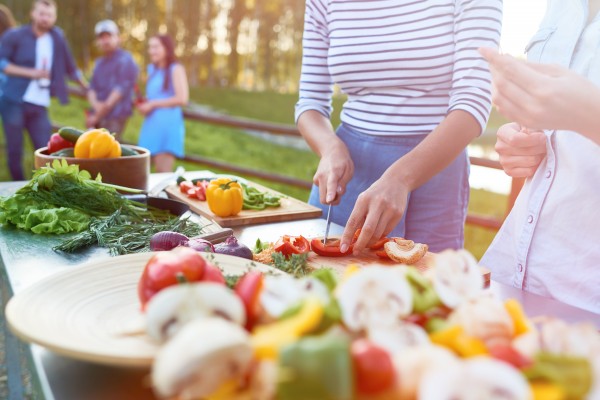 Histamine intolerance describes an overload of a protein substance in the body that cannot be broken down. Specifically, it is a breakdown disorder of histamine – caused by the deficiency of the histamine-degrading enzyme diamine oxidase (DAO). Histamine passes through the intestinal mucosa into the bloodstream, from there into the organs where it irritates the cells. What is interesting is that women are much more often affected by intolerances such as histamine intolerance, than men. Possible causes – although not yet scientifically proven – could be related to the female hormone balance. During pregnancy, more DAO forms in the placenta, so the typical histamine intolerance symptoms often do not appear as strongly.

A runny nose, difficulty breathing, headaches or hot flashes are just a few of the many complaints that can occur when the body is overloaded with histamine.

The question is, how useful are micronutrients in this case?

Enzymes and vitamins for histamine intolerance

As already mentioned, histamine is broken down in the body by the enzyme DAO (diamine oxidase), which is formed in the intestinal mucosa. This enzymatic process requires select micronutrients as co-factors, in particular vitamin B6, vitamin C, copper and zinc.

The trace element zinc modulates and sustainably strengthens the immune system – after all, it has anti-inflammatory, antioxidant and antiviral effects. As a component of more than 300 enzyme systems, zinc is involved with all essential processes in the body. This powerful substance is indispensable, especially for allergies and allergic reactions and is often used for accompanying therapy. Studies have shown that zinc reduces the release of histamine from mast cells and promotes the biochemical degradation of histamine.

Calcium plays a central role in allergic reactions. The vital mineral is responsible for the preservation and stabilization of the cell membranes. It is assumed that calcium stabilizes the membranes of mast cells and thus suppresses the release of histamine. Calcium is able to reduce the erythema and wheals caused by histamine.

Vitamin C is one of the most important antioxidants and at the same time involved in a variety of metabolic processes. The water-soluble vitamin can break down histamine effects in the body – this is why it is also known as a “natural antihistamine”. Clinical studies suggest that the administration of vitamin C has a positive effect on reducing oxidative stress and inflammation in people with allergic diseases. In acute situations, in particular, it can quickly inhibit histamine and prevent the immune reaction.

Vitamin B6 – also known as pyridoxine – plays a vital role. It acts as a coenzyme in amino acid metabolism and promotes histamine degradation. An undersupply should be avoided. Otherwise, an excess of histamine might be the result.

Plant antioxidants – such as bioflavonoids or polyphenols – provide additional value because they support the immune system and have anti-inflammatory properties. They can be found in various concentrations in almost all types of fruit and vegetables. OPCs from grape seeds, hesperidin, rutin and quercetin are real all-rounders in the plant kingdom. The latter is known to stabilize mast cell membranes and reduce the release of histamine. Sulphur compounds such as methylsulfonylmethane (MSM) also support antioxidative reactions. Not forgetting the valuable ingredients of Curcuma, which also have immunomodulatory properties. Also, black cumin oil has proven itself for a long time to prevent and alleviate symptoms of allergic reactions due to its antioxidant and anti-inflammatory mode of action.