Ashwagandha: A cure for Americans most common health problems 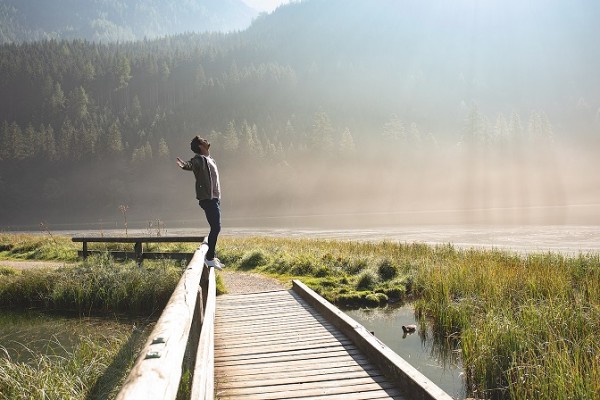 Ayurvedic medicine has relied on the use of the Ashwagandha plant for thousands of years to strengthen the human organism. In modern times, it has been found to increase resistance to stressful situations. Recently, more Americans have become aware of the health benefits of Ashwagandha. Also, scientific research has begun to focus more intensively on this plant, also known by its botanical name Withania somnifera, confirming many of its traditional health benefits. It turns out that this herb is indeed capable of combating stress, psychological strain, sleep disorders, and even weight problems.

Ashwagandha, also known as the winter cherry or Indian ginseng, is a tall, bushy plant that grows on the Indian subcontinent and throughout Asia, Africa, and the Mediterranean region as well as in local gardens. It bears some resemblance to the commonly known physalis plants plant. Its fruits are used as decorative material, and its red berries were also traditionally used as soap. The ground seeds can even be used in cheese as a vegan substitute for rennet from calves’ stomachs. In Ayurvedic medicine, phytotherapies, and modern research, the root is the most relevant part of the plant with the most beneficial health effects.

In Sanskrit, ashwagandha means “the smell of the horse.” This refers to the typical strong smell of the roots as well as the strengthening effect of the extract, as the horse is a Sanskrit symbol of strength and vitality. Ashwagandha plays an important role in Ayurvedic herbalism.

An adaptogen for fast-moving and hectic times

Ashwagandha is, next to rose root (Rhodiola rosea) and ginseng, one of the most effective adaptogens offered by the plant kingdom. Specifically, an adaptogen is a substance that helps the organism to adapt to or better resist stress through, for example, balancing stress hormones such as cortisol.
The roots of Withania somnifera contain about 40 different withanolides. These are special steroid-lactone compounds similar in structure to the ginsenosides of the ginseng root. These withanolides—individually and in combination—are responsible for many of the beneficial health effects of ashwagandha, making this plant a key remedy for some of our typical health problems in the 21st century. Data from scientific studies are increasingly supporting what the ashwagandha plant can do.

Stress is one of the main scourges of our modern, fast-moving world. If physical and psychological demands are perceived as a burden, the human organism reacts by releasing stress hormones. If this situation persists, it can cause long-term impairments and disorders in the body. Lack of sleep is one of the issues that creates the most trouble for stress-affected individuals. According to health insurance companies, 80% of employees are affected by sleep disorders. Anxiety is also associated with stress and represents a significant burden on everyday functioning and work life. Last but not least, constant stress can cause weight gain because stress hormones change the body’s metabolism.

Ashwagandha increases resistance to the stress hormone cortisol, which is controlled by our daily rhythm. Cortisol, for example, is higher in the early morning when we get out of bed but, on the other hand, is also released during stressful situations. After prolonged stress, the cortisol level can remain permanently elevated, exerting a negative effect on the entire metabolism and psyche.

Ashwagandha reduces cortisol levels by 28%, stress by 64%, and anxiety by 76% within only 2 months.

The stress hormone cortisol is frequently used as a biological marker for stress in scientific studies. In one study, 300 mg of ashwagandha extract was tested over two months in stressed individuals. The results showed a significant reduction in subjective stress levels of 64% and a reduction in actual cortisol levels of 28%. At the same time, anxiety was reduced by 76%. It is fascinating to see how modern science has begun to confirm the traditional Ayurvedic remedies that have been applied for thousands of years.

The botanical name “somnifera” is indicative of one of ashwagandha’s main characteristics. Specifically, the Latin word “somnifer” means sleep-inducing. Part of this effect results from the adaptogenic properties of withanolides, which maintain balance between the immune system and neuroendocrine system under stress. Individuals who are less stressed and anxious sleep better. In animal models, ashwagandha has recently been shown to contain special sleep-promoting substances that improve the ability to fall and stay asleep. For example, one typical compound, triethylene glycol (TEG), has come into the spotlight because it has been shown by Japanese researchers to increase sleep quality and duration in rodents.

It is often a specific or unspecific feeling of anxiety that keeps people awake and does not allow them to sleep. In one clinical study on stressed individuals, the intake of 300 mg of Ashwagandha extract over 2 months reduced anxiety-related insomnia by 70%.

Acute stress leads to an increase in adrenaline which, in the short term, slows digestive functioning and reduces appetite. However, chronic stress and the dominant stress hormone cortisol then exert the opposite effect: Increased cortisol levels can often trigger a ravenous appetite for fatty and sugary foods. Cortisol further influences fat metabolism and promotes the storage of unhealthy abdominal fat. In addition, it increases blood sugar levels. These changes are known risk factors for chronic diseases, such as metabolic syndrome.
If the stress hormone cortisol is reduced, positive effects can be observed on eating behavior, weight gain, and weight distribution. This is because chronic stress not only changes the metabolism but also affects lifestyle and eating habits. Irregular and uncontrolled eating combined with little exercise is the main cause of weight gain. However, the stress-related stimulation of the adrenal cortex, which produces cortisol, only exacerbates the effects of negative eating habits.

Ashwagandha helps stressed individuals lose an average of 5 pounds in only 8 weeks.
In a recent study, 52 chronically stressed people took 300 mg of Ashwagandha extract twice a day for 8 weeks. They were then surveyed about their eating behaviors (control, emotions during eating, etc.), which were found to improve. Also, cortisol levels were reduced by 22%, and an average weight loss of 5 pounds was achieved.

Chronic stress causes a biochemical chain reaction that can have a lasting effect on physical and mental health and well-being. Adaptogens from the plant kingdom such as ashwagandha are sought-after remedies that can help the organism withstand the negative effects of stress, including lessening the consequences of constant stress such as insomnia, anxiety, and weight gain. Ashwagandha holds a central place in Ayurvedic herbalism. It is certainly with good reason, as recent scientific studies have confirmed its wide-ranging positive health effects. It may be that, in modern times, the winter cherry still has some surprises in store as science continues to discover its impressive health benefits.