The top five most important mineral deficiencies in America 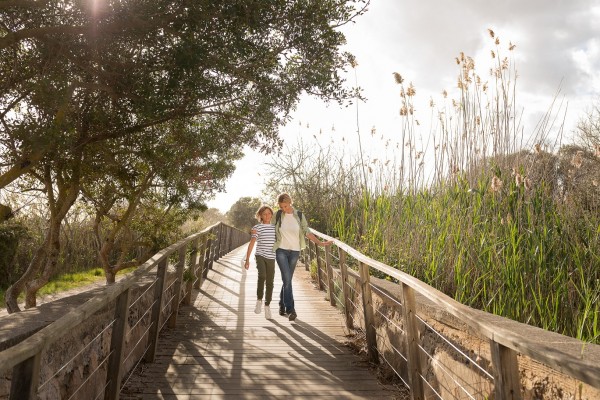 Deficiency, even in food abundance

Even when food is plentiful and easily available, there are some minerals and trace elements that are considered “shortfall nutrients.” With some of these minerals, such as calcium, it often takes years before a deficiency becomes noticeable. With others, such as iron or magnesium, a deficiency can be recognized relatively quickly by specific symptoms. It’s important to correctly interpret these signs so you can then consult a doctor to help you determine whether you have a deficiency and take action if needed.

We’ve put together an overview of the five most common mineral deficiencies in America, their symptoms, and an explanation of who’s at high risk.

1. CALCIUM – To be observed for life

Calcium deficiency affects almost everyone, regardless of age, sex, or dietary habits. Even if sufficient calcium is available in the diet, a common Vitamin D deficiency means that the mineral cannot be sufficiently absorbed and is, therefore, not sufficiently stored in the bones.

A study of 16,444 participants showed that 44% of Americans don’t meet the recommended daily intake of calcium. This means that almost one out of every two of us needs to urgently take action. Calcium is very important for many different functions—it’s a building block for bone and tooth tissues. Together with magnesium, it also plays an important role in muscle contraction and the transmission of stimuli in the nervous system.

It is difficult to measure calcium deficiency using blood tests because of the huge reserve of calcium stored in the bones. On average, men’s bones contain 1 kg of pure calcium; women’s bones contain around 0.8 kg. If the calcium concentration in the blood drops, the parathormone regulates the supply from the bone stores. If the calcium levels are within the normal range, this primarily means that the hormones are working properly, but those levels don’t provide information about actual supply status. This means that normal calcium blood values may be accompanied by reduced bone density—and this is long before any effects on the skeleton or teeth occur.

"Calcium deficiency affects almost everyone, regardless of age, sex, or nutritional habits"

Reduced bone density (determined by x-ray measurement/DXA), wobbly teeth due to weakness of the jaw bone, neuromuscular hyperexcitability (tetany) with numbness, pins and needles sensation (paranesthesia), cramping (especially of the hands or feet), cardiac arrhythmia, and/or an increased tendency toward allergies.

What should I do if I have a calcium deficiency?

First and foremost, it’s important to consume foods rich in calcium. Some vegetables, such as kale, chard, fennel, and spinach, score high points for calcium (however, the dietary fibers or phytic acids can inhibit absorption). In addition, some mineral waters contain significant amounts of calcium.

If no dairy products are consumed, calcium supplements are useful. Be sure to look at the list of ingredients before selecting a supplement product. Compounds such as calcium citrate or calcium gluconate are better absorbed and cheaper than the more commonly used calcium carbonate. Algae or corals are also considered to be readily bioavailable sources of calcium. If bone density is already low (osteoporosis or, the precursor, osteopenia), special preparations with protein-bound calcium and other components of the bone matrix (phosphorus, magnesium, silicon) are necessary. It’s also important to remember to combine this mineral with Vitamin D.

2. MAGNESIUM – The sport and stress mineral

National dietary surveys show low intake of magnesium in the U.S. More than one-half of the U.S. population (ages ≥4 years) takes in insufficient levels of magnesium. Despite being widely under consumed, magnesium is not officially considered to be a mineral that we are deficient in, as blood values are usually within the normal range. However, this is probably due to a biochemical peculiarity: 99% of magnesium is found in the cells, not in the blood. This means that even if the laboratory values are within the normal range, there may already be a deficiency in the tissue. Magnesium deficiency is difficult to measure, but it can certainly be felt and recognized.

What should I do if I have a magnesium deficiency?

A magnesium-rich diet is essential. The front-runners among magnesium-containing foods are sunflower seeds (with approx. 420 mg/100 g), followed by linseed, wheat bran, sesame seeds, poppy seeds, peanuts, almonds, and oat flakes. In contrast, bananas, which are generally considered a good source of magnesium, contain only about 36 mg/100 g.

Important: Magnesium should be ingested regularly in low doses. Excessively high doses of magnesium (250 mg or more) are not completely absorbed into the body’s cells and can lead to diarrhea; therefore, it’s important to spread magnesium intake throughout the day (e.g., 2 to 3 x 120–140 mg/day).

Iron deficiency is the most common mineral deficiency worldwide, and the U.S. is no exception. Iron deficiency can massively impair the quality of life of those affected. In most cases, high blood loss and a genetic disorder of absorption or low iron in the diet are considered to be the cause of persistent iron deficiency. Iron is not an exclusively female issue. In fact, it is labeled as a “nutrient of public concern” for different subgroups. Children and the elderly are more frequently affected than is generally assumed, and a recent survey showed that 40% of vegans were iron deficient.

What should I do if I have an iron deficiency?

Iron supplements are the method of choice for treating iron deficiency. However, they are often poorly tolerated, especially if taken in high doses. For example, some supplements contain up to 100 mg of iron per tablet in the form of iron salts. This high amount is not completely absorbed, and the iron ions in the intestines can irritate and damage the mucous membrane.

Supplements with lower dosages of up to a maximum of 21 mg of iron are more beneficial, as they don’t overload the cellular iron transporter ferroprotein. In addition, supplements that provide iron from plant sources are generally better tolerated than iron salts.

Most people only think of zinc when it comes to fighting a cold. However, sources of this mineral are somewhat limited. Although overt zinc deficiency is uncommon in North America, evidence suggests that zinc intake is inadequate in certain subgroups. Surveys found that 35%–45% of adults aged 60 years or older had zinc intake levels below the estimated average requirement. Food preferences may augment the shortfall of zinc. If, for example, poultry, fish, or dairy products are preferred over red meat, the risk of zinc deficiency increases.

The trace element zinc is involved as a cofactor in the function of more than 300 enzymes. Hormones, such as testosterone and insulin, also require a sufficient supply of zinc. It has recently been discovered that zinc is particularly important for gene expression (i.e., for the conversion of genetically stored information into actual protein molecules).

Zinc has a strong relation to chronobiology. It stabilizes a protein that acts as a clock that controls the circadian rhythm; it’s not surprising that zinc readings are subject to circadian fluctuations. For example, zinc concentrations in the blood increase from morning to evening. For this reason, tests should be carried out at the same time of day.

What should I do if I have a zinc deficiency?

Maintaining a varied, mixed diet will usually provide a good source of zinc. Good sources include red meat, organ meats, legumes, and grains. Oysters contain the most zinc, but they are rarely eaten on a daily basis. It should be noted that zinc from plant foods can be bound to phytic acids and tannins, which reduce its bioavailability.

Note: Some people are sensitive to zinc and should take their supplement in the evening because this is when it is best tolerated—this is likely due to the circadian rhythm.

5. POTASSIUM – Hardly known, yet so essential

Unnoticed by the general public and even by health-conscious individuals, potassium is officially labeled as a “shortfall nutrient.” National surveys in the U.S. show that the vast majority of the U.S. population does not meet the recommended daily intake for potassium. In fact, less than 3% had a potassium intake above the recommended 4,700 mg/day. This shortfall is presumably the result of low consumption of fruits and vegetables, which are the main sources of potassium.

Potassium is an essential mineral and an important electrolyte. Normal body function depends on tight regulation of potassium concentrations both inside and outside of cells, allowing the conduction of electricity and the exchange of information in the form of nerve signals. Potassium deficiency is implicated in the development of cardiovascular disease and high blood pressure.

What should I do if I have a potassium deficiency?

A well-balanced diet should meet the daily recommended intake of potassium. Some fruits and vegetables—like bananas, avocados, spinach, and potatoes—are especially good at providing potassium. However, to be on the safe side, it’s recommended that most Americans supplement with potassium regularly. High-quality nutritional supplements contain potassium citrate, potassium chloride, or potassium gluconate in small doses that are time-released throughout the day. A combination of potassium and magnesium might bring additional health benefits, as these minerals act interdependently.

Important information for people on medication

While some medications require the need for higher potassium intake, others do not. If you are taking any form of medication, taking potassium supplements should be discussed with your doctor.