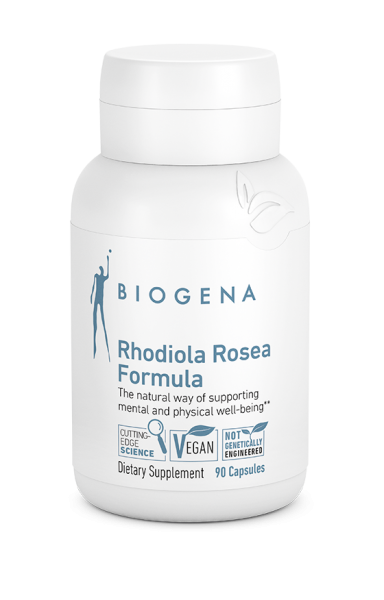 The natural way of supporting mental and physical well-being**

Ready to ship on the next business day,
Delivery time appr. 2-5 workdays

The natural way of supporting mental and physical well-being**

Rhodiola rosea (golden root) is a succulent plant that has been treasured in Russia and Scandinavia for centuries due to its special properties. Today, the root extract is widely used as a dietary supplement. As an adaptogen, Rhodiola rosea can promote the body’s resistance to stress. It provides support during occasional mental and physical stress. Balancing the neurotransmitters such as serotonin, norepinephrine and dopamine plays a part in this herb’s ability to support cognitive functioning, attention and memory. Furthermore, it can support the mental and physical performance in individuals, as well as endurance and recovery time in athletes.**

Rhodiola Rosea Formula – what is it?

** These statements have not been evaluated by the Food and Drug Administration. This product is not intended to diagnose, treat, cure or prevent any disease.